Hebrews 4:12 For the word of God is quick, and powerful, and sharper than any two-edged sword, piercing even to the dividing asunder of soul and spirit, and of the joints and marrow, and is A DISCERNER OF THE THOUGHTS and intents of the heart.
2 Corinthians 10:4 (For the weapons of our warfare are not carnal, but mighty through God to the pulling down of strong holds;) 5 Casting down imaginations, and every high thing that exalteth itself against the knowledge of God, and BRINGING INTO CAPTIVITY EVERY THOUGHT to the obedience of Christ;

Jesus asked His disciples, “Whom do men say that I am,” and then asked them who they said that He was. Peter by the revelation or unveiling by the Father had the right answer and said that, “Thou art the Christ, the Son of the living God Matthew 16:13-17.” God revealed something to Peter, he…

For What Saith the Scriptures?

“AND FROM THE DAYS OF JOHN THE BAPTIST UNTIL NOW….”

The best verse to compare Matthew 11:12 to is verse 13 (the next verse!). We read both verses: “[12] And from the days of John the Baptist until now the kingdom of heaven suffereth violence, and the violent take it by force. [13] For all the…

The original calendar which the Romans borrowed from the Greeks consisted of only 10 months (in a year of 304 days).

Quintilis means five, Sextilis means six, September is seven, October is eight, November is nine, and December is ten. It was believed that it was Romulus, the legendary first ruler of Rome, who introduced this original calendar in the 700s B.C.E.

Whilst, according to tradition, it was the Roman ruler, Numa Pompilius, who then added January and February to the calendar.

It then made this 12-month Roman Calendar year 355 days, better than the previous 10-month calendar of 304 days only.

To make the calendar corresponds approximately to the solar year, Numa also ordered every other year a month called Mercedinus be inserted to take the place of February.

Galatians 5:22 – But the fruit of the Spirit is love, joy, peace, longsuffering, gentleness, goodness, faith,

Galatians 5:23 – Meekness, temperance: against such there is no law.

Hey all, new blog today. Talking about temperance vs self control. I hope this blog is helpful and clear. Because check your Bible… if your Bible has “self control” substituted for “temperance” you know you’ve got a dodgy Bible. And well… you should already know that anyway… the Authorized King James Bible is the only version that claims to have God’s preserved word. If God cant preserve his word, we then don’t have God’s word do we? How can he preserve YOU? How can we trust his word if we are not sure we’ve actually GOT his word? It’s a joke. And our faith is destroyed. Because faith comes by hearing and hearing by the word of God. God’s faithfulness to us…

It is helpful for those following the republican President Donald Trump’s Russian saga, to know that the friendships among Roger Stone, Paul Manafort and the president go back for decades. Roger Stone and Paul Manafort used to be business partners. It is illuminating to get to know the character of the kind of folks, our president had an association.

Here is the rest of the story about these three men’s ties to each other...

On 4/28/16. Franklin Foer of Slate penned a report on the connections among these three men in the following report, “The Quiet American.”

“The genesis of Donald Trump’s relationship with Paul Manafort begins with Roy Cohn. That Roy Cohn: Joe McCarthy’s heavy-lidded henchman, lawyer to the Genovese family. During the ’70s, Trump and his father hired Cohn as their lawyer to defend the family against a housing discrimination suit. (Cohn accused the…

Ever seen this photograph before? I hadn’t until I stumbled across it on the ‘net not that long ago and, upon seeing it, just felt that I had to share it here for your interest and perusal. Significant to most due to it being the last said photo to have been taken of Ringo Starr and John Lennon together before his assassination, it is, of course, notable also for the T-shirt he’s wearing…

According to the websites I’ve seen it posted on, the photo originates from sometime circa late 1970s. 1979 according to some, 1978 to at least one other. Presumably, it would have been snapped in New York where Lennon had been residing for the majority of that decade. Anyway, there it is, emblazoned across his T-shirt, that notorious old pyramid and eye pic. Okay, I’m assuming that most folk who come reading here, perhaps you yourself, will need…

Civilizations carry out ancestor simulations within advanced technology simulation systems that are a mix between organic and inorganic technology or life. This is a false-reality simulation, generated by a hacker crew of pirates who uploaded a virus that is spread by assimilating the consciousness of the individuals into AI units that deliver a viral load to other units or systems.

Love heals. Focus on that, that’s the only vibration that will overcome the destroyer programming.

Retro-Causal Zone: What happens here influences what happened before the zone was entered.

The non-human organism overlays its consciousness through the technological entrainment system so that the human mind is replaced and this seems to consist of a retro-causal effect of replacing the ‘soul’ memory forwards and backwards through time. This is an illusion that is disengaged when the technology is disabled. The consciousness is held in a suspended state through an interdimensional quantum computer system that projects the entanglement throughout the entirety of the span across this space which is effectively forwards and backwards through time.

Literally, a quantum supercomputer system beams the consciousness of an underground non-human entity through the mind of the ‘droned’ human and there are interdimensional ‘way-points’ that are located on either ends of the span of history which create a closed loop of projection that securely ‘boosts’ the signal across the entire timeline as…

In the last post (34. Kill Your TV!) you were introduced to the Illuminati – the secret organization of underdeveloped men that operates from the shadows to control the public, using television and subliminal programming as their primary weapons.

We also explored some basic elements of mind control, covering advertising, brainwashing, and subliminal programming; and hopefully after reading that you’ve taken my advice to heart… 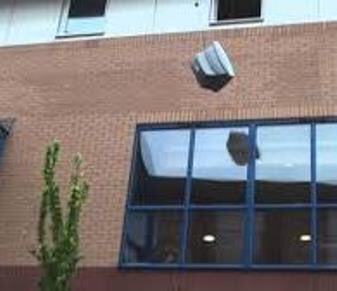 This post will pick up where we left off in the previous post, and armed with a basic understanding of mind control (and a broken television set), we will now be taking a look at some of the deeper aspects of the things being done by the shadow government in the area of mind sciences.

Specifically, we will be looking at CIA mind control projects known…

This post aims to outline how television is used to subdue and control the masses, as well as exposing those responsible. 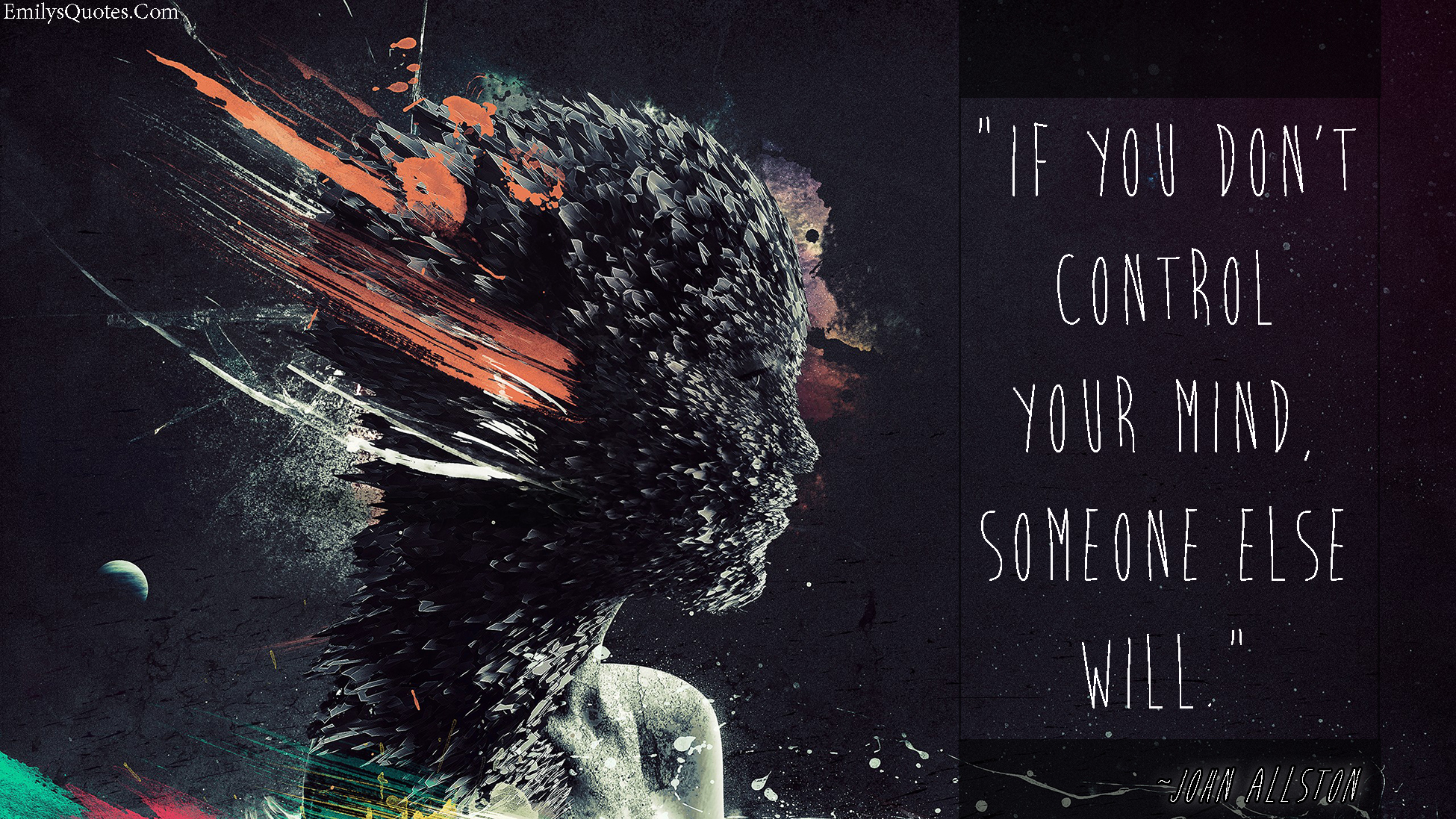 Note to readers of The Narrow Gate

Don’t worry, because you haven’t missed anything; I’ve simply jumped ahead a few posts in my plan as I wanted to get some of this material published sooner. Rest assured that the information presented below can stand on its own, though the posts I’m yet to complete will naturally bridge any gaps if any exist.

The reason for publishing this material first is that I’m putting together a new section on this site dedicated to day-to-day decodes of news and other media, and the information presented in this post (along with the next few posts soon to follow) will provide crucial background knowledge for that…

DISCERNING THE SOURCE OF THOUGHTS

When March was the first month of the year