I just got interviewed for a magazine article on backyard flocks (I will read the article, and if I don’t sound like an idiot, I will let you know which magazine it is 😉 ).  A question that the reporter asked me is “why WOULDN’T cities allow backyard flocks of chickens”.  It got me thinking…..I have been involved on both sides of the debate, most recently in Toronto, where the issue was voted down, and the opportunity to legalize henning was not pursued.  I know personally several chicken owners in the city, and they were understandably disappointed, and also confused.  Why? was a question I was asked several times.

The pro’s of keeping backyard hens have been clearly and effectively put forth by the proponents:

count down to zero-time 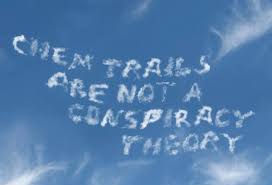 In 1999 the world changed. The money trust

, applicability of public/statutory presumptions, etc.), technology (nano-tech), and the general direction of the planet completely changed. In order to even remotely grasp what is happening you must disconnect your mind from the last century’s way of thinking. Failure to change the way you think will preclude you from seeing reality accurately. There is no money anymore, taxes are a thing of the past and no written law applies to you.

So what we now have is a real brave new world. The purpose of this site is to simply show the extent at which they have leveraged nano-technology directly on you, how they control everyone on demand with it, and end the confusion around the subject of chemtrails and how they fit into the larger picture while showing how the media and…