The goldcrest is the smallest European bird with a wingspan of only 5-6 inches. Yet it still isn’t the smallest bird out there. (Photo: Francis C. Franklin/Wikipedia)

The birds that get all the attention are usually the flashiest, like the birds of paradise,or the toughest, like hawks and eagles. And owls seem to be a universal favorite. But what about the itty bitty birds, so small you almost think you imagined them when they flit by? These tiny species deserve a little attention too. Meet some of the world’s smallest bird species!

This colorful bird is a species of African finch with sky blue feathers and males have a spot of red on their cheeks that make them look like they are perpetually blushing. Individuals only grow to be about five inches in length, and weighs only about .35 ounces on average. That’s roughly the weight of just three pennies! This species can be found in the wild in central and eastern Africa but is also one of the most popular exotic finch species in the pet trade.

With the verdin, we move from blue to yellow, and from Africa to the southwest United States and Mexico. This small bird is a species of penduline tit, and is only about 4.5 inches long when fully grown. It is second only to the 4.3-inch long American bushtit as the smallest of the passerines on the continent. The verdin can be spotted foraging insects among desert scrub plants, or snagging a little dried sugar from hummingbird feeders every once in awhile.

The lesser goldfinch is the smallest North American finch of the Spinus genus, and it may very well be the smallest true finch in the entire world, growing to just 3.5 to 4.7 inches in length on average. The Andean siskin may beat it by a feather for the title, though, as it comes in at an average of 3.7 to 4.3 inches in length. Still, the goldfinch is truly miniscule. It weighs only around 0.28 to 0.41 ounces.

Who says you have to be big to be king? The goldcrest’s scientific name is Regulus regulus, and regulus means“prince, little king”. This species is in the kinglet family, and is the smallest of all the birds in Europe. It measures only about 3.3–3.7 inches in length, and weights a miniscule 0.16–0.25 ounces. The species may be small but it is mighty and doesn’t mess around when it comes to raising young. As many as 10-12 eggs will be incubated at once, and sometimes a female will have two broods a season! Populating the kingdom is clearly a priority for this little bird.

The goldcrest may be the smallest bird in Europe but the smallest bird in the world is the bee hummingbird. It is only 2-2.4 inches long (barely larger than a bee, hence its name) and weights a light 0.056–0.071 ounces. That’s less than the weight of a single penny. They make nests of cobwebs and lichen where they incubate eggs no bigger than peas. The bee hummingbird is native to Cuba and is only rarely spotted on other nearby islands. Though it is a tiny miracle among birds, it is listed as near threatened due to habitat loss as forests are converted to farmland. The species is in need of conservation efforts to improve population numbers.

Despite it’s small size, the willow tit likes cold weather. It is found in sub-arctic Europe and northern Asia. It is a diminutive 4.5 inches long on average, and a weight of 0.31-0.38 ounces, which is about the same size as its neighbor the marsh tit. In fact, they look almost exactly alike as well. However, as soon as they open their mouths, a birder can tell them apart as the two have very different vocalizations.

This species is small but flashy, with plumage of amazing colors and patterns. The white spots can be somewhat to credit for its nickname, the diamondbird. Found in eastern and southern Australia in eucalyptus forests, it is one of the continent’s smallest bird species at only 3.1-3.9 inches in length. Sadly, this beautiful bird species is facing a decline due to habitat loss to clearing of it’s preferred forest habitat for human uses such as sheep-grazing or urban development.

This species has a wee bill (which is the source of it’s name) and a wee body to match! The weebill only grows to be about 3-3.5 inches long, and it beats out the spotted pardalote as Australia’s smallest bird species. This small bird species travels in small flocks and lives in most any wooded area, though they love eucalyptus forests the most.

We couldn’t end this without taking another look at adorably tiny hummingbirds. The Costa’s hummingbird is native to North America’s southwest and it flourishes in the desert setting. It grows to only 3-3.5 inches long, weighs only 0.1 ounces on average, and is one of the smaller hummingbird species. The male has a brilliant purple plumage across its head, and is a flashy little jewel among all the tan and beige of the desert.

END_OF_DOCUMENT_TOKEN_TO_BE_REPLACED

You probably haven’t seen before…

#1 Dorothy Counts – The First Black Girl To Attend An All White School In The United States – Being Teased And Taunted By Her White Male Peers At Charlotte’s Harry Harding High School, 1957

#2 Nikola Tesla Sitting In His Laboratory With His “Magnifying Transmitter”

#4 Race Organizers Attempt To Stop Kathrine Switzer From Competing In The Boston Marathon. She Became The First Woman To Finish The Race, 1967

#5 Jewish Prisoners After Being Liberated From A Death Train, 1945

#6 The Graves Of A Catholic Woman And Her Protestant Husband, Holland, 1888

#12 Residents Of West Berlin Show Children To Their Grandparents Who Reside On The Eastern Side, 1961

#13 Acrobats Balance On Top Of The Empire State Building, 1934

#14 An Exotic Dancer Demonstrates That Her Underwear Was Too Large To Have Exposed Herself, After Undercover Police Officers Arrested Her In Florida

#17 The Statue Of Liberty Under Construction In Paris In 1884

#18 The Most Beautiful Suicide – Evelyn Mchale Leapt To Her Death From The Empire State Building, 1947

#20 The Remains Of The Astronaut Vladimir Komarov, A Man Who Fell From Space, 1967

#22 A German Child Meets Her Father, A WWII Soldier, For The First Time Since She Was 1 Year Old, 1956 (He was held prisoner in a Siberian concentration camp after being captured by the soviets.)

#25 Wounded Combat Dog During Action On The Orote Peninsula, 1944

h/t to Bored Panda for these photos

END_OF_DOCUMENT_TOKEN_TO_BE_REPLACED

Shengsi, an archipelago of almost 400 islands at the mouth of China’s Yangtze river, holds a secret shrouded in time – an abandoned fishing village being reclaimed by nature. These photos by Jane Qing, a creative photographer based in Shanghai, take us into this lost village on the beautiful archipelago. 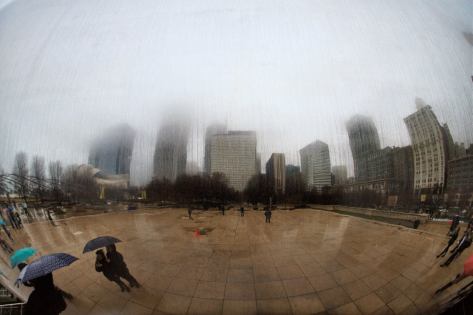 Easter is a bizarre holiday. The dead returning to life. Bunny shaped chocolates. Painting and hiding eggs… and handing your children over to strange adults poorly dressed as humanoid rabbits. Here’s a collection of 19 vintage Easter Bunny photos that will make your skin crawl. 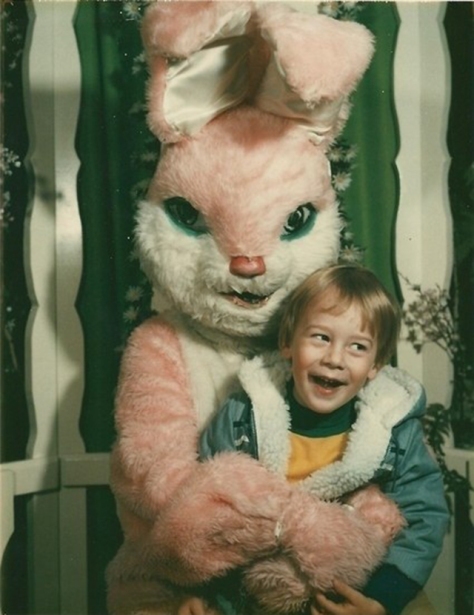 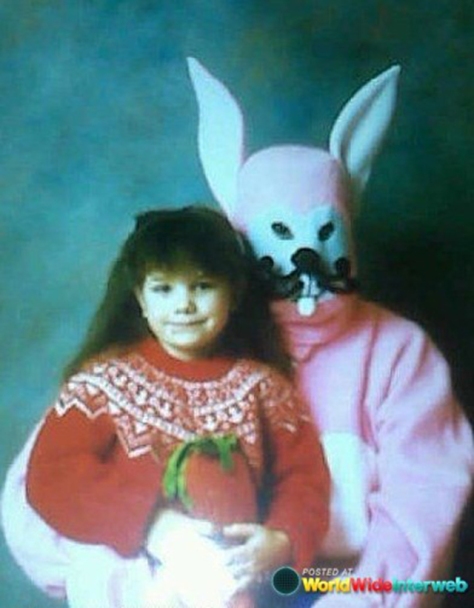 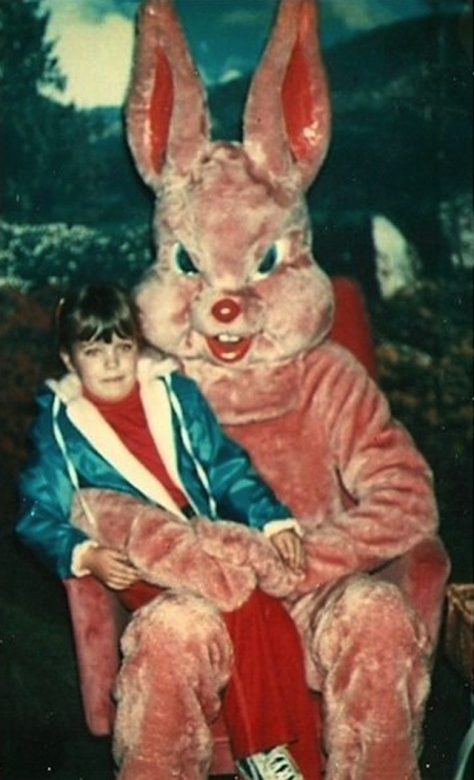 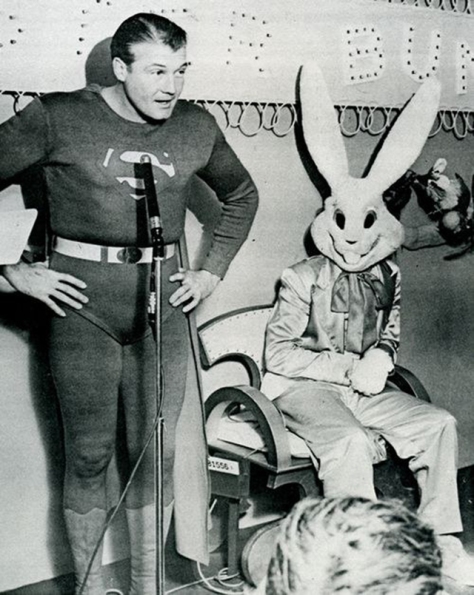 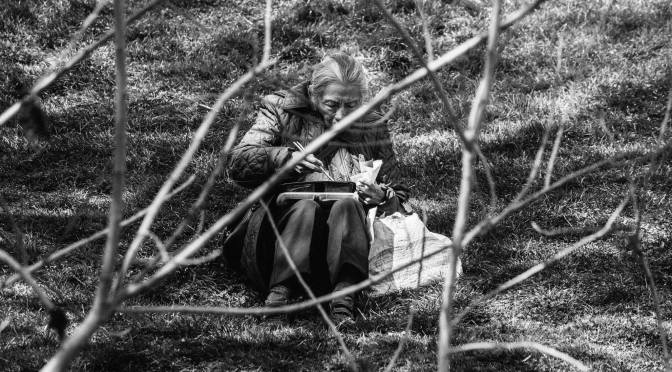 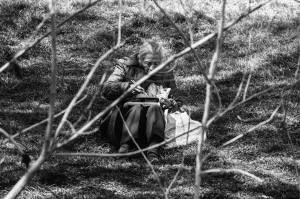 Before automatic pinsetters were invented, “pin boys” worked to manually line them up. (1914).

Sarcastic photo taken by anti-prohibitionists to mock their opponents in 1919.

A police officer on a Harley and an old fashioned mobile holding cell. (1921)

An early example of “horsemanning”, the 1920′s version of “planking”.

Two winners of a 1922 Beauty Pageant, when beauty standards were much different.

Suits were not allowed to end more than 6 inches above the knee.

A couple enjoys an old fashioned zipline on a weekend afternoon. (1923)

This bizarre helmet supposedly helped focus by rendering the wearer deaf, piping them full of oxygen, and limiting their vision to a tiny slit. (1925)

Hitler rehearsing his speeches in front of a mirror (1925).

The LA Public Library’s bookmobile program for the sick. (1928)

A zookeeper gives penguins a delightful shower from a watering can. (1930)

A cat poses for a cigarette card, found in Army Club Cigarettes. (1932)

How makers of the famous London Double-Decker buses proved they weren’t a tipping hazard. (1933)

Baby cages for 1930s apartment families who wanted their children to get enough sunlight.

These glasses were specifically made for reading in bed

The 1930′s version of a GPS: This auto scrolling map was supposed to help people with directions in real time.

“Face Cones”: a fashionable way to protect oneself during snowstorms (1939).

A bicycle that fits a family of four, including a sewing machine. (1939).

WWII soldiers get their last kiss before deployment.

An Austrian boy couldn’t be more excited about his first pair of new shoes in years. (1946)

The winner of the 1950 “Miss Atomic Bomb” pageant.

Afghan women at a public library during the 1950s.

The Afghanistan government was shifting towards democracy in the 1950s and 60s before the Taliban took over. Women could work, become educated, dress casually and use many of the modern day services that men could.

Fidel Castro lays a wreath at the Lincoln Memorial. (1959)

This Japanese machine meows times per minute to scare away rats and mice. The eyes light up too.

A young woman takes her pet lobster out for a walk. 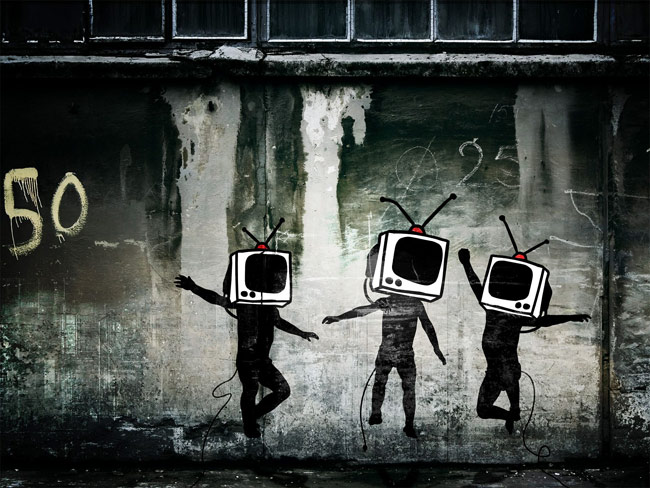 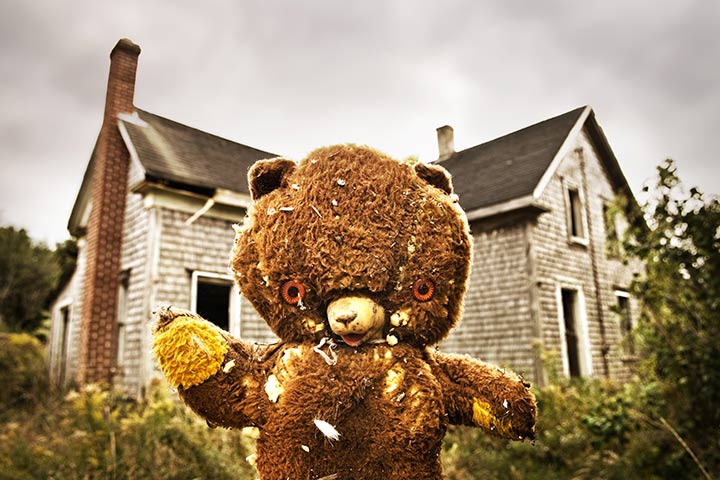 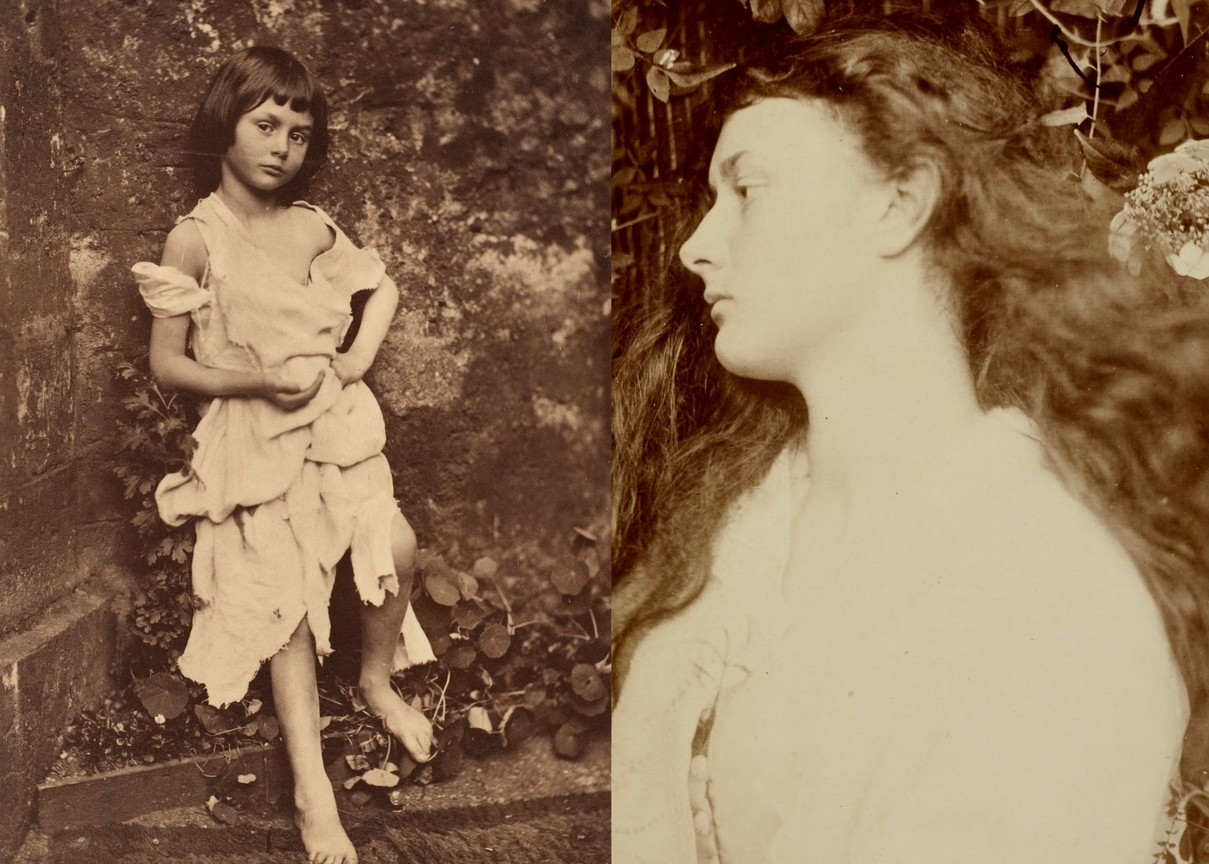